The Future of Roofing

According to Georgia Roof Pro, the top roofing company in Lawrenceville, GA, with the deposits of fossil fuels running out predictions say we have around 50 years of oil left, a bit more when it comes to coal and natural gas but still nowhere close to the amount we need for the future generations.

This begs the question about the alternatives, and where to find the space necessary for all of the renewable energy sources. Well, the answer to this issue has been under our noses for the whole time, or over our heads, depending on how you look at it. The current area of all of the roofs in America is more than enough to provide for all of the U.S. energy needs and still have plenty left over. With the United States being by far the biggest producer of waste in the world per capita and being beat in greenhouse gas emissions only by China it’s looking grim for us. With only 0.5% of its energy coming from renewable sources, the 50-year oil clock is ticking, and it seems like the only way out is through solar roofing.

The cost of solar roofing went down by as much as 70% in the last 20 years, reducing the cost factor and Tesla rolling out their solar roof tiles removed the aesthetics factor. This begs the question, how long before solar roofing becomes the norm and replaces the traditional means of roofing? Some experts say that this could happen in the next 20-30 years, and while we can’t entirely depend on solar energy due to the unpredictable nature of the weather, we can at least increase the number of renewables up from 0.5% and finally make America great. 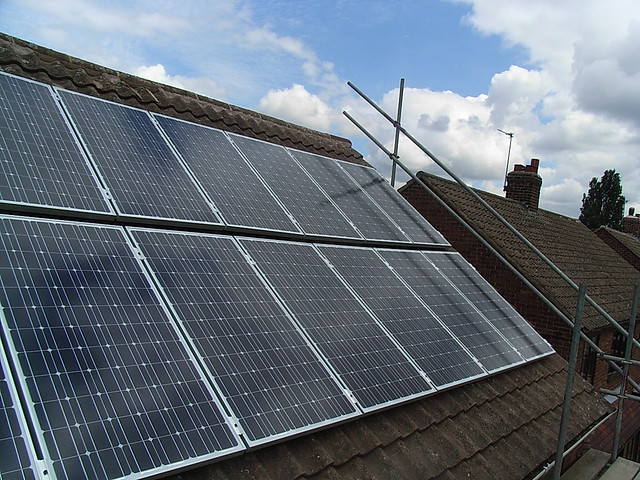 Another alternative we should consider is green roofing, while it has no direct effect on power generation it reduces the number of greenhouse gases in the atmosphere significantly. But let’s face it – why would we care about the climate change when it’s a hoax, after all. Let’s put things into the perspective that most of us understand a bit more, money.

Renewable energy saves money, – a lot of money – most of the energy in your home is lost through the roof, having nine layers needed for a green roof greatly increases the insulation, and the solar panels produce a steady supply of energy, saving you even more money. A solar roof can cover its cost in less than 20 years, and that’s not considering that it’s getting cheaper and better as the time goes on. The bottom line here is that we are heading for the future of affordable and clean energy available to everyone, and your only task is to decide if you’re willing to be on the right side of history and go green.

We here at Georgia Roof Pro, the best roofing in Gwinnett County GA, firmly believe in solar and green roofing and are open to inspect your roof for the possibility of installing one.